Retailers in Canada should be aware of the up-to-date medical situation, of preventative measures and of any legal considerations that may arise from the 2019 Novel Coronavirus.

Coronaviruses are a large family of viruses, some that cause illness in people and animals. Illnesses associated with 2019-nCoV are similar to several respiratory illnesses and include fever, dry cough, sore throat and headache. Most cases are considered mild to moderate with a subset experiencing more severe illness with shortness of breath and difficulty breathing. There have been deaths reported from China. Several cases have also been reported in Canada.

Retail Council of Canada (RCC) is in contact with the Public Health Agency of Canada, Health Canada and provincial health authorities to monitor the situation and will update members as the situation evolves. RCC will also be instituting a standing weekly call, to which members may dial in. On this call, we will provide the latest information about the disease, the number of regional instances and any suggested best practices provided from public health authorities.

Check this page regularly for updates and resources

RCC has also prepared a checklist for RCC members to help them plan strategies for managing the 2019 Novel Coronavirus.

To find out more about how to access member-only information on the 2019 Novel Coronavirus:
Email: membership@retailcouncil.org
Tel: 1-888-373-8245

Travel Advice and Advisories from Government of Canada

Updates about international travel and health

Resources For Employers
The articles in the following links provide general information and guidance on the Coronavirus, and the considerations businesses should make as they prepare to respond quickly as matters continue to develop. For information specific to the province or territory in which you operate, be sure to refer to the appropriate legal resources and organizations.

Coronavirus: What the workplace needs to know (Globe and Mail)

The coronavirus is a respiratory virus that was first detected in the Chinese city of Wuhan. As of February 7, the fast-moving infection has now affected thousands of Chinese citizens, spreading to a number of other countries.

The virus causes pneumonia-like symptoms and has been declared a global emergency by the World Health Organization.

Hundreds of lives have already been claimed by the virus, primarily in mainland China, prompting Chinese authorities to quarantine several major cities. In addition, several countries have now advised against all non-essential travel to China.

To help provide some context for our members, we’ve assembled the following graphs and numbers.

Thousands of confirmed cases have been recorded across China, with central Hubei province the most affected.

It’s being warned by The World Health Organisation (WHO) that the number of cases is likely to rise further. 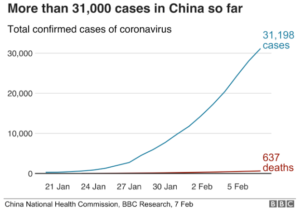 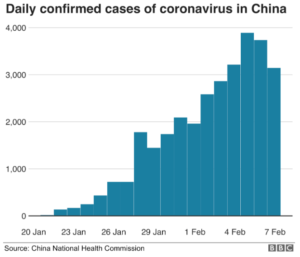 How the virus has spread

Though travel restrictions and other precautionary measures have now been taken by Chinese authorities in an attempt to manage the crisis, the spread of the infection took only a short time to reach alarming proportions. 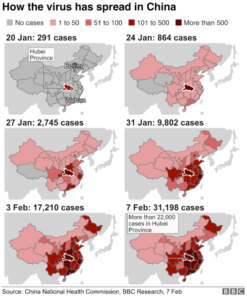 A number of other countries have reported cases of infection. the majority of these cases have been found in people who had been to Wuhan. 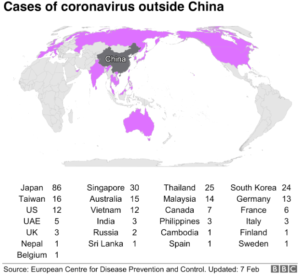 What are the symptoms

The symptoms of coronavirus are respiratory. It typically causes mild conditions, such as a runny nose or cough. Some, however, are more serious in nature, such as Sars (Severe Acute Respiratory Syndrome) and Middle East Respiratory Syndrome (Mers). This outbreak – known as novel coronavirus (nCoV) – is a newly identified strain that has never before been found in humans. 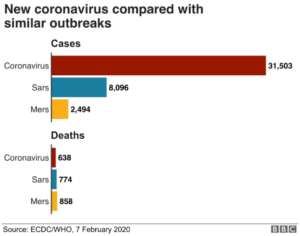 Reducing the risk of infection

It’s being advised by the WHO to follow precautionary measures to reduce the chance of contracting the virus. These measures include hand and respiratory hygiene as well as safe food practices. 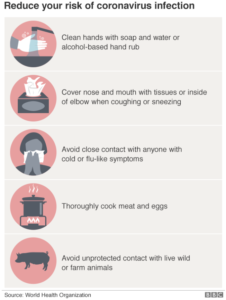