The Leaders in Retail Breakfast Series provides a unique opportunity for vendors and suppliers to hear directly from senior leaders of Canada’s biggest retail brands – with none of their retail competitors or media in the room.

No other program offers direct access to some of the most successful leaders in Canadian retail in such an intimate setting. Bring your entire team to hear first-hand business strategies from these important retail leaders.

Previously, Garry was the President of Loblaw’s Market division, overseeing more than 450 stores including Loblaws, Provigo, Zehrs, Fortinos and T&T. Garry first joined Loblaw in 2007, and led various operations, merchandising and store support functions. Prior to Loblaw, he spent a number of years at Wal-Mart Germany. In 2015, Garry graduated from Harvard University’s Advanced Management Program. 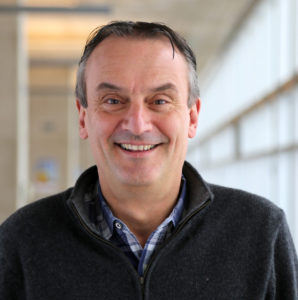 Uwe Stueckmann is responsible for the Marketing function at Loblaw Companies Ltd, Canada’s largest retailer. In his capacity, he oversees the building of some of Canada’s favorite retail brands – including Shoppers Drug Mart, Loblaws, Provigo, Maxi, No Frills, and Real Canadian Superstore, as well as Canada’s most iconic and largest packaged goods brands in President’s Choice, no name, and Life.

Prior to joining Loblaw in 2009, Uwe worked for a collection of blue-chip companies like Lowe’s, Shoppers Drug Mart, Loyalty One, Petro-Canada and BMW in progressively senior marketing roles. He has also gained first-hand experience with some of Canada’s most prolific loyalty programs like Petro-Points, Air Miles, Shoppers Optimum, PC Plus and PC Optimum.

Herman Paek is SVP, Loblaw Digital. He joined Loblaw in 2012 as a founding member of the Loblaw Digital team, which builds and operates the eCommerce businesses and omni-channel experiences for Canada’s largest and most successful grocery and pharmacy retailer. Loblaw Digital currently operates ecommerce businesses across grocery, apparel, beauty and digital RX. Prior to joining Loblaw, Herman co-founded two consumer internet startups in Silicon Valley and also held positions in product management, corporate strategy and business development at both large and small technology companies. Herman holds a B.A.Sc in Electrical Engineering from the University of Waterloo, a M.A in Economics from McGill University and has completed all three levels of the CFA program.

Christine Farrugia is currently the Vice President, Customer Centre of Excellence at Loblaw Companies Limited, where she is responsible for leading consumer research and insights, our customer experience program and for shifting our culture to make Loblaw a more customer-centric organization.

She joined the Weston family of companies in 2012 at George Weston Limited on the Corporate Development team evaluating and executing merger and acquisitions opportunities, including the acquisition of Shoppers Drug Mart. Christine moved to Loblaw in 2013 on the Synergy team identifying and leading integration initiatives across Loblaw and Shoppers Drug Mart before joining the Loyalty team in 2015 to co-lead the development and launch of the PC Optimum program.

Prior to joining George Weston, Christine worked at KPMG providing advisory services on large public infrastructure projects. Christine has a BAH in Applied Economics from Queen’s University and an MBA from Stanford University’s Graduate School of Business.

Please note, this event is only open to the supplier/vendor community.