Please note that this event has passed. Please view our upcoming events page or contact events@retailcouncil.org for inquiries about future events.

Live event only. There will be no recording available.

The Strategic Leadership Series provides a unique opportunity for vendors and suppliers who are looking for insights and business strategies from some of Quebec’s most successful retail leaders and biggest retail brands.  As a vendor and supplier only event, speakers can speak openly knowing media or other retail competitors will not be in attendance.

Mr. Boulanger joined the Metro marketing team in 1996. In 2002, he was promoted to vice-president marketing for the Quebec division, where he set up the new Metro Plus banner and launched the bags reusable groceries, which are now a standard in the retail industry. In 2008, he was appointed Vice President, Marketing, Metro Inc., where with the addition of Ontario to his responsibilities, he oversaw the conversion of the five conventional banners to the Metro banner.

In 2009, Mr. Boulanger was appointed to the position of Vice-President and General Manager of McMahon, Pharmaceutical Distributor Inc., a division of Metro Inc., where he established the new Brunet Plus and Brunet Clinique banners in Quebec. He is also leading the launch of the “My Health” program, which allows patients to access their pharmacological records online and to renew their prescriptions, a first for the Canadian market.

Since May 2012, Mr. Boulanger has held the position of Senior Vice President, National Purchasing Centers and Private Brands for Metro Inc., in addition to managing partnerships with JBS Foods (meat and fish manufacturing and processing), Première Moisson and Metro’s Central Ready-to-Eat Kitchen.

Before joining Metro, Mr. Boulanger began his career in the accounting field and then moved into the marketing sector in the early 1990s, working in advertising agencies and commercial companies in detail.

In 1989, Mr. Boulanger successfully completed a bachelor’s degree in business administration with a specialty in accounting at Université Sherbrooke, in addition to obtaining the CPA designation. He is a member of the board of directors of United Grocers Inc. (UGI), of GS1 Canada and also worked in the Cabinet of Centraide of Greater Montreal from 2015 to 2018. In February 2018, Mr. Boulanger was recognized as’ ‘New Performers’ as part of the 33rd Breakfast Gala ” Les Nouveaux Performants ” organized by the Perform Group (World Executive Summit). He has also been Governor of the Faculty of Administration of Sherbrooke University since 2003.

Through its activities as a retailer, franchises, distributor and manufacturer, METRO inc operates or supplies a network of more than 600 food stores under several banners including Metro, Metro Plus, Super C and Food Basics, as well as more than 650 pharmacies mainly under the Jean Coutu, Brunet, Metro Pharmacy and Drug Basics banners. 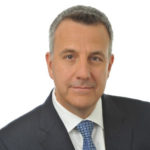 Marc Giroux joined METRO in 2009 as Vice President, Marketing, where he was responsible for marketing, corporate communications, METRO’s customer-focused strategy including the partnership with dunnhumby and eCommerce. In 2016, he was promoted to Senior Vice President, Metro Banner in Quebec.

Since 2019, he acts as Executive Vice President, Quebec Division Head and eCommerce, where he is responsible for all Quebec food banners in addition to METRO’s online eCommerce strategy and operation.

Before joining METRO, he worked in the telecommunications industry for more than 20 years, where he held several key positions in strategic planning, sales, marketing and general management in Canada and abroad.

In addition to a B.A.A. in finance and an MBA in marketing and eCommerce, Mr. Giroux pursued advanced studies at Harvard Business School, as well as at the École supérieure des sciences économiques et commerciales (ESSEC) in Paris.

Marc was also Chair of the Quebec Cystic Fibrosis board for many years and Honorary Chair of the annual Gala. He also served for six years as a member of the Board of Le Phare, Enfants et Familles.

For more information or any question :
evenements@cccd-rcc.org