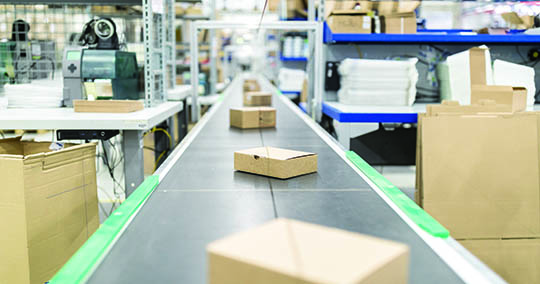 MANY of our retail members, following the negotiation of a new trade agreement with the United States, asked us to put the deal—and specifically the new de minimis rules for sales tax and duty exemption—into perspective. As most know, the new deal changes the de minimis threshold as follows:

*The threshold applies to the combined value of goods within the parcel, not to the individual items. so, for example, an imported parcel that contains a $27 CAD item and a $15 CAD item will be subject to sales taxes because it is of $42 total value.

The following demonstrates why Retail Council of Canada (RCC) fought so hard to ensure that our government push back on U.S. demands for an $800 de minimis threshold on sales tax and duties. Our position was ‘maintain the status quo’. But we also knew that the greatest damage would come from a higher exemption of sales tax, and here’s why.

It obviously depends on the item (dutiable or not), the rate of duty, and the sales taxes applicable in any given province. So, the following are averages, but shed light on the difference between sales tax and duty:

Duties bring in $5.5 billion annually (see Table A2.7 The Revenue Outlook, at www.budget.gc.ca/ 2018/docs/plan/budget-2018-en.pdf page 319.) Canadian retail sales are at $599 Billion for the rolling 12-months to June 2018. But that number includes $122 billion of grocery and beverages, little of which is subject to sales taxes and which are mostly duty-free; $65 billion of gas station sales, which are not subject to customs duties and not shippable by mail; and, another $141 billion of vehicles, most of which are not subject to duty or bought cross-border. So, the core number for consumer goods is around $260 billion annually.

That means that on average, customs duties represent 2% of retail prices. By contrast, sales taxes average 12.25% across Canada, ranging from 15% in the Atlantic and Quebec, to 5% in Alberta.

So, in Quebec, for example, the difference between an exemption for sales taxes and duties versus a duties-only exemption is 8.5-times as significant, i.e., 17% (2% duties + 14.975% taxes) versus 2% for duties only. That multiple is 7.5-times in Ontario and 7-times in BC. Only in Alberta, with no provincial sales tax, is the impact even remotely close at 2.5-times.

Which is why RCC fought so hard to maintain a low threshold for sales taxes and why we believed the outcome served our industry well. As noted above, the impact of a much higher threshold on sales tax would have had a far greater impact on retail in Canada than an exemption for duties alone.

Let’s be clear: RCC applauded the Canadian negotiating team, especially after Mexico seemed to have folded under pressure. But it also ensured the government understood we would also continue to advocate for the elimination of the multitude of duties currently applied to products imported from different regions of the globe and charged to our retailers. Duties are hidden taxes, and they are detrimental to retailers because they artificially inflate prices and to consumers, who end up paying more than they should for products sold in Canada.

Another focus for RCC will be to ensure that Customs officials and Canada Post are examining the small print on the importing declarations and checking the declarations if the value stated is under $150 (duty exempt) and/or spot checking regularly for goods shipped under $40 (sales tax exempt—or $20 in the case of Canada Post).

We know that if we don’t ensure that shippers and our government authorities are watchful and attentive, foreign sellers may very well value their shipments just under the limit (even though they may be worth more) to avoid collecting or charging the appropriate taxes and duties.