The Leaders in Retail Breakfast Series provides a unique opportunity for vendors and suppliers to hear directly from senior leaders of Canada’s biggest retail brands – with none of their retail competitors or media in the room.

No other program offers direct access to some of the most successful leaders in Canadian retail in such an intimate setting. Bring your entire team to hear first-hand business strategies from these important retail leaders. 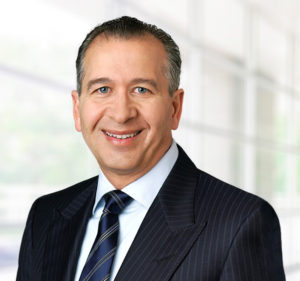 Domenic Pilla was appointed Chief Executive Officer of McKesson Canada on January 3, 2017. In this role, Domenic has executive responsibility for McKesson’s pharmaceutical distribution, specialty health, independent pharmacy, and retail pharmacy businesses in Canada, including Rexall, Well.ca, Medicentres and Claimsecure. He brings over 30 years of leadership in the health care and retailing sectors in Canada and brings expertise in pharmacy, distribution and sales management, health networks, and health information technology.

From January 2001 to October 2011, Domenic led McKesson Canada, serving as Executive Vice-President and Chief Operating Officer, before being appointed President in January 2007. During his tenure with McKesson Canada, Domenic was instrumental in directing and coordinating the expansion of McKesson Canada’s distribution business. He oversaw McKesson Canada’s growth needs into new areas like specialty health and pharmacy technology, with a focus on meeting the changing needs of pharmacy customers and health care partners.

Prior to his time in health care, Domenic served as President, Canadian Operations, RNG Group Inc., and enjoyed an 18-year tenure with Petro-Canada, including Vice-President of the Central Region.

An active contributor to the industry and his community, Domenic sits on the Board of Directors of Parkland Fuels Corporation and is a Governor of the Marie-Clarac Hospital Foundation. He is also a member of l’Ordre des ingénieurs du Québec.

Please note, this event is only open to the supplier/vendor community.

For Sponsorship information, contact Mary Markou at mmarkou@retailcouncil.org or 416-467-3755.