Seeing is believing: why shoppable video may become a lucrative sales channel for retailers - Retail Council of Canada 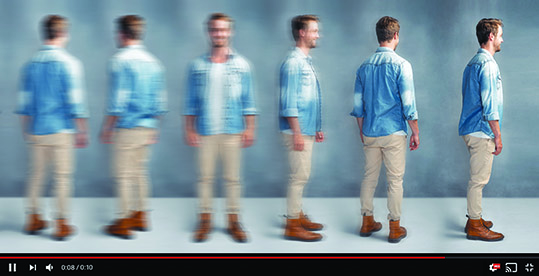 Tapping into the power of shoppable videos

DIGITAL video—already the format of choice for avid web surfers—is attracting fresh attention from retailers that are looking to burnish their brands and enhance sales.

What is piquing their interest is the potential for videos to incorporate shoppable features that allow consumers to click on products of interest to find out more information and make a purchase.

While still in trial stages, industry buzz has it that such videos could become commonplace as new backend technology comes on-stream to make the buying process more seamless for consumers and retailers alike.

Driving this development is the enormous popularity of videos, led by the emergence in recent years of social media as a dominant conduit on smartphones and tablets to find information and seek out entertainment.

The statistics are staggering. For YouTube alone, it is estimated that more than 6 billion hours of video gets consumed each month. In Canada, seven in ten internet users visit the video channel regularly. Other social media juggernauts—Facebook, Instagram and Twitter among them—boast similarly robust gains in video postings and viewership.

Such popularity comes as no surprise to retail analyst Bruce Winder. “People love video,” he states. “Video is very topical in society right now. It’s ubiquitous. Even when you visit bricks and mortar retail stores you’ll see video everywhere, where ten years ago you didn’t.”

The draw for retailers is understood, he adds.

“It’s exponentially easier to tell a brand or product story in a video than it is with a still picture.”

The desire to piggyback on video’s enormous pull is having an impact on marketing budgets and focus, according to recent research. One report, the IAB 2018 Video Ad Spend Study, found that two-thirds of advertisers are shifting dollars from their TV budgets to increase funding on digital video advertising.

So with momentum apparently on the rise, will shoppable videos become a mainstay channel within the retail commerce environment? Early indications are good they will find a spot, but it is less clear how large that spot will be.

“Our sense would be that people are interested in them,” she says. “I wouldn’t describe it as prevalent at all. But I would say that obviously a lot of people are looking at how do we expand [sales]? How do we make the customer path to purchase smoother, and is shoppable video a way to do that?”

Winder agrees. “I think it’s still very much emerging. I don’t think it’s widespread in any way yet. That’s one of the tricks in retail these days overall. There are so many new technologies that are available, and it’s like which horse do you bet on?”

He adds: “You have all these technologies out there and you don’t want to be behind the curve. It takes a lot of time and money and work, and it’s a distraction and a disruption to do too many tests. But my perspective on this is I think it has a decent shot of getting bigger, because people do like video.”

In addition to their potential as a sales channel, there is another consideration for retailers looking to get into shoppable videos. And that is the role they can play in reducing the headache of sales returns.

Seston offers a hypothetical example: “I’m looking at a pair of athletic shorts online and it says they have a 5-inch rise. And I’m asking, ‘Well, what does that mean? And what does it mean for someone who is built like I am?’

“I can go to a shoppable video and I can watch seven or eight people of different body shapes wearing the product and I get a feel for what a 5-inch rise means for someone who’s shaped like me.”

She adds: “It saves me the trouble of ordering the product, trying it on at home and sending it back. It also saves the retailer—who more and more nowadays is absorbing the cost of shipping—from shipping it out to me only to lose the sale because I ship it back as a result of not having the information I needed by looking at the model on their website in still photos.”

Retailers should recognize that to be effective shoppable videos should not stand on their own but be integrated into a retailer’s overall marketing and sales strategy, Seston says.

“The risk if it is standalone is that you are creating different consumer expectations along that path to purchase. And so you’ve satisfied my needs with your video in this [product] area, then I go to a different area [on the site] and you’re not satisfying my needs because you don’t offer a video.”

The end result could be a muddying of your overall branding.

“So in some ways you could actually make the customer experience worse if you haven’t thought about it and integrated it in a way that makes sense.”

She adds: “If you don’t understand what the pain points are in your customer experience, just throwing a shoppable video up there isn’t necessarily going to resolve that.”

Her advice? “First you need to look at your overall strategy and customer experience and identify where this would fit in. Where would this improve the customer experience and add value, both for the consumer and for the business? You want to make sure it’s a two-way street. So you’re not just selling, you’re enhancing. You’re making your business better and you’re making it better for your consumer.”

Cost is a going to be a consideration, especially for retailers that are looking to enhance their unified commerce strategies.

“As I understand it, the backend software is not inexpensive,” Seston says. “Obviously for many retailers, particularly large retailers, you’ve got to figure out if you can integrate that into your legacy system, which is a challenge for any technology.”

Also keep in mind that producing a shoppable video—some of which can be much longer than a standard 30-second TV commercial—involves a number of players to execute well. “You might use a traditional ad agency to create your video,” Seston says, adding:

“You might then hand that video over to a technology company who will put those links in and integrate it with your legacy system that’s doing the fulfillment.”

Winder’s advice to retailers is to work with their providers on beta-testing.

“Do a control ad and a test ad and see if there’s an uplift in sales. That’s the best way to do this. Do a little test and learn, and keep expanding the test if the numbers are good. You just try different categories, different social media sites, different products and things like that and try to see if there’s a real business case to grow sales and margins.”

Retailers should be aware, Winder says, that some consumers may not welcome the intrusions that can come along with shoppable videos.

As for the future of shoppable videos, Seston believes the potential is real.

“The question is, will the technology cost come down to a point that it makes sense to do it on a broader basis? I think it will. I think you will see some really innovative ways that people will test this and find a way to integrate it into video content so that’s it’s not purely a commercial but something that [retailers] use in multiple ways.

“I think you’re going to see people use it as a way to build interest, and then as a way to translate that interest into sales.”

She adds: “There are so many creative and brilliant people who are going to find ways to make this interesting, to make it work for consumers, and it will become more prevalent.”

6 billion hours of video is consumed each month on YouTube. In Canada, 7 in 10 internet users visit the video channel regularly